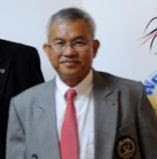 BINTULU: Jepak assemblyman Datuk Talip Zulpilip is now very wary of his fellow colleague in Parti Pesaka Bumiputera Bersatu.
He is not afraid of rumours any rumours that he would not be picked as a candidate in the coming state election.
Datuk Talip Zulpilip is very confident that the party president Pehin Sri Abdul Taib Mahmud still wants him to defend the seat despite of him having an arrogant attitude when dealing with people's problem.
As a matter of fact, what matters to him is how Pehin Sri Abdul Taib Mahmud thinks about him and not what the constituents or members of the public have to say about him.
Even if all party members in Jepak decided to say no to him, Datuk Talip Zulpilip is confident that at the end of the day, they would have to close their ranks and vote for him because he is the party's candidate in the election.
He, however, is really worried with Semop assemblyman Dato Sri Awang Asfia Awang Nassar.

It is not that Dato Sri Awang Asfia Awang Nassar wants to go back to his 'hometown' because if rumours are to be believed, Dato Sri Asfia Awang Nassar is said to be interested to replace Datuk Awang Bemee Ali Basah in the Nangka constituency.
Datuk Talip Zulpilip is afraid that Dato Sri Awang Asfia Awang Nassar might decides to render financial assistance to his brother Awang Abdillah Awang Nassar who is to be a Parti Ekonomi Rakyat Sarawak (PERS) candidate in the Jepak constituency in the coming state election.
Datuk Talip Zulpilip knows very well that, to the certain extent, money plays a vital role in an election.
It is for this reason that in the past Datuk Abdul Wahab Dollah was said had been asked to get out from the state by the party top leadership whenever the state had an election because the party top leadership didn't want Datuk Abdul Wahab Dollah to use his money to spearhead a nasty campaign against his political nemesis Dato Sri Awang Asfia Awang Nassar.
(With the advancement in the technology, monies could be transferred from one account to another without requiring an account holder to physically present to sign a document. Moreoever, now a person could to monitor a situation without having to present at a place by which an event is or would to take place. Thus, this old strategy of asking a person to go away during an election is no longer effective.)
At the moment, Datuk Talip Zulpilip is closely monitoring the movement of Dato Sri Awang Asfia Awang Nassar because he wants to get any information that could confirm his suspicion.
If he manages to get it, then he would sure bring up the matter to the attention of the party president.
He hopes that the information could help him to stop Dato Sri Awang Asfia Awang Nassar, whose chances to be a candidate in the Semop constituency is regarded as very slim by many (including those in PBB) at the moment, from trying to help his brother to win the Jepak constituency.
Also read:
* Kerusi Jepak panas??? Talip perlu diganti???
* Talip, macam mana hal kecik tok sik bolih diselesai???
* Talip, tell us why!!!
* Talip, is SEDC helping Bumiputera contractors?
* Coretan Suka Duka Warga VAEE / Bintulu
* Is SEDC still helping the Bumiputeras?
* Asfia, is this true?
* PBB Semop wants Asfia to defend Semop ...
* Awang Bemee, where are you??? Kampung Datu villagers need your help.
* DUN Nangka: Is Dr. Annuar Rapee to replace Awang Bemee in the coming state election?
Posted by Sebanaku Sarawak at 12:01:00 AM