MIRI: PBB Youth, together with members from PBB Miri, contributed 40 bags of rice, sugar, coffee, noodles, biscuits and painkillers to flood victims sheltering at the Batu Niah community hall and SMK Suai during the weekend.

"This is part of our efforts to help ease the sufferings of the flood victims," said Ripin, who is also a political secretary to the Chief Mibnister.

Both of them are from Sibu.
There are at least three issues here.
Firstly, if it is true that Haji Haneef received payment to carry out physical threat, then it is not only a shocking revelation but also a sad one.
Read more »
Posted by Sebanaku Sarawak at 12:01:00 AM 74 comments:

Azmin was a blue-eyed boy of Mahathir?

We can't help it but feel sad after reading the article ...

Anonymous said... in "DUN Samariang: I am a PBB man but my vote will go to Keadilan"


Another disappointing BN candidate in P194. YB Datuk Daud. He needs to be change to a younger candidate. If not Tupong will likely goes to PKR. With lots of issues at hand with YB Daud handling of state religious matters has irk younger generations. If BN still interested in the seat please consider the following:-
1. Look at Sarawak Baitulmal fund abuse. Recently the old man mention that divorce single mothers that were not obtaining regular emolument from estrange husband will get support from Baitulmal funds. This will certainly encourage irresponsible men to abandon their
Read more »
Posted by Sebanaku Sarawak at 12:01:00 AM 31 comments:

Email ThisBlogThis!Share to TwitterShare to FacebookShare to Pinterest
Labels: DBKU

DUN Layar: The promise was made 36 years ago but until now still no road

"In 1975, Jabu promised to build a road to Ulu Spak and Ulu Padeh after winning the election. The roads never came. Today, the areas have remained poor and neglected,” said Embat.
Amidst such abject poverty in Layar, there is a sparkling new RM300 million Resident’s and Distict office in the constitutency.
We ask: ""Why didn't use the RM300 million to bring development into Layar???""

Joseph Tawie | January 18, 2011
No water, electricity, roads in Jabu’s Layar
Layar is still in the grip of abject poverty although it is under the care of its assemblyman and Deputy Chief Minister Alfred Jabu Numpang.

KUCHING: The Layar constituency in Betong still remains among the most neglected sites in Sarawak despite having a deputy chief minister as its assemblyman.
The majority of the longhouses in the constituency are without water, electricty and roads.
It will take at least a three-hour to four-day walk to reach Layar.
Said Stanley Embat, a potential Sarawak PKR candidate: “Deputy Chief Minister Alfred Jabu Numpang, who is also the State Regional Development Minister, has failed to do his duties in his constituency.”
Embat has visited 70 of the 82 longhouses in the counstituency and is appalled that despite having held the Layar constituency for 36 years, Jabu has not managed to secure “clean water supply, electricty and roads” for his people.
Read more »
Posted by Sebanaku Sarawak at 12:01:00 AM 8 comments:

DUN Samariang: I am a PBB man but my vote will go to Keadilan 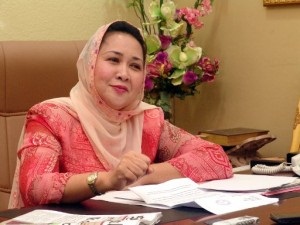 KUCHING: PKR Ali Hussein has won many hearts and minds of Taman Sourabaya Indah PBB sub-branch youth members when he made a surprise visit to a house of the  sub-branch youth secretary recently to grieve with the latter's family over the demise of a senior member of the family.
As a matter of fact, his appearance had caused a stir, at least among the youth members, because they expected their assemblywoman YB Sharifah Hasidah Sayeed Aman Ghazali to turn up.
Definitely not Ali Hussein who is rumoured to be the PKR candidate for the Demak Laut constituency in the coming state election.
Read more »
Posted by Sebanaku Sarawak at 12:01:00 AM 35 comments:

Awang Bemee, where are you??? Kampung Datu villagers need your help. 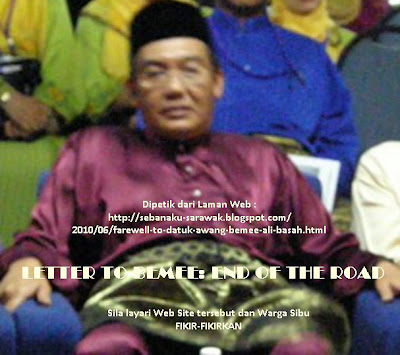 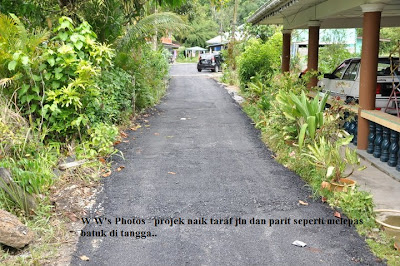 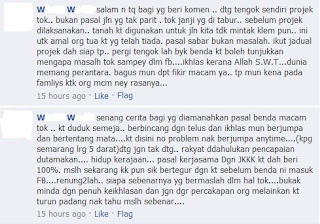 WW commented in the face book:

JS commented in a message to Sebanaku Sarawak:
Pengurus Pelita Melampau. Patutlah ramai pekerja LCDA & Craun Research berhenti kerja last year.
**Heard that this Abdullah Chek (CEO) do not want to step down even CM ask him to do so.
Read more »
Posted by Sebanaku Sarawak at 12:01:00 AM 31 comments:

KUCHING: A Health Ministry staff Dr. Annuar Rapaee is a new name being mentioned by some netters in the facebook as a possible candidate to replace Datuk Awang Bemee Awang Ali Basah as the Parti Pesaka Bumiputera Bersatu (PBB) candidate in the coming state election.
Dr. Annuar Rapaee is said willing to accept an offer to contest under the Barisan Nasional (BN) ticket should the party leadership wants Datuk Awang Bemee Awang Ali Basah to give way to him.
Read more »
Posted by Sebanaku Sarawak at 2:59:00 AM 196 comments:

What is happening to Parti Keadilan Rakyat?
Why Daniel Tajem is urging the Dayaks to join SNAP?

Only the Chinese and Malays are to be in PKR ???
Is it true that PKR a sinking ship as claimed by Abdul Karim Rahman Hamzah? 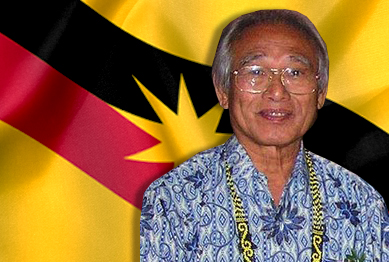 
A revitalised Sarawak National Party (SNAP) wants the Dayaks in the state to join forces and reclaim their rights.
SIBU: An revered “elder” in Sarawak politics has made a clarion call to the Dayak community to return to the Sarawak Nasional Party (SNAP) fold and help the party reclaim its right.
In making the call, lawyer and former diplomat Dato Sri Daniel Tajem urged Dayaks “not to wait” until their “individual rights whittle to nothingness”.
Read more »
Posted by Sebanaku Sarawak at 1:28:00 PM 4 comments:

Dayak's Votes Are Not In The Second Class Category 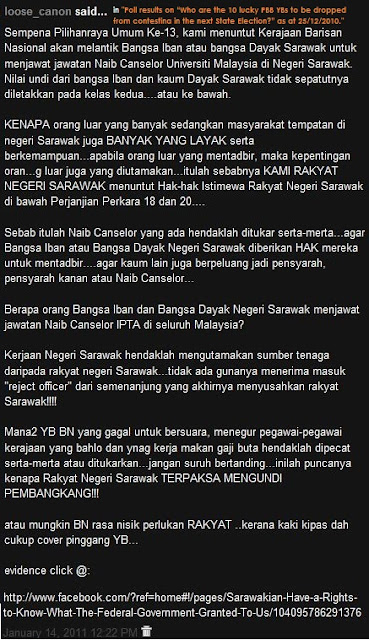 CONGRATULATION
FOR THE APPOINTMENT AS
THE NEW STATE WOMEN CHIEF

The newly elected Parti Keadilan Rakyat (PKR) state women’s chief Nurhanim Datuk Mokhsen prefers to remain tight-lipped about the seat she will contest for, in the next state and general elections.
Speaking at a press conference here yesterday, she said the decision whether she would contest in Semariang in the state election or Petra Jaya in the general election was in PKR Party central’s hands.
Read more »
Posted by Sebanaku Sarawak at 12:01:00 AM 14 comments:

Email ThisBlogThis!Share to TwitterShare to FacebookShare to Pinterest
Labels: Misc 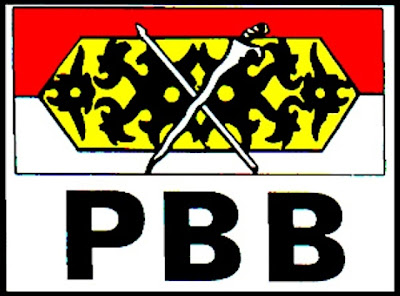 KUCHING: Pantai Damai assemblyman Dr. Abdul Rahman Junaidi advised operators of eateries at Kampung Gersik to open shop from morning till night.
He explained that all byusinessmen should understand that before a place could be a popular haunt, patience was needed.
“We should change our approach...instead of only opening the shops in the late afternoon, yhou should open business from morning until night time,” he said when met recently.
Dr. Abdul Rahman said he believed the main reason business in the area was not good was because of the operators' poor strategy and not because there were no customers.
Read more »
Posted by Sebanaku Sarawak at 12:01:00 AM 19 comments:

KOTA KINABALU: The leader of the rights movement United Borneo Front (UBF), Jeffrey Kitingan, has called on Sabahans to unite to regain their position in the country.
“The old saying, ‘United we stand, divided we fall’ is the premise by which we have lost our autonomy. To regain our position as equals, we must unite and put our differences aside,” he said in a New Year message.
“We must unite under the Borneo Agenda which we will push together as a growing team before the next general election. This is the last chance we’ll have to make this known to the federal powers.”
He was speaking at the Tambunan Village Resort Centre (TVRC) in Tambunan on Thursday, in conjunction with the launch of UBF’s roadshows as part of its commitment to educate the masses on the Borneo Agenda and its many demands.
Read more »
Posted by Sebanaku Sarawak at 11:47:00 AM No comments:

Happy New Year.....and why you think UMNO is hated? 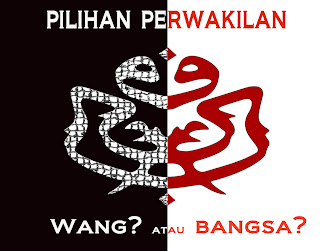 Happy New Year.....and why you think UMNO is hated?


I meant to write on this issue but was indisposed for the past one week.
Many of you read many things on the Internet so time can be a big constraint so I'll keep it short and simple, a lengthy article would just slum your interest.
I wasn't shocked when I read this.


People in the know and those that have had the bad experience of dealing with these overzealous and stupid aides of not only the Prime Minister but other Federal ministers as well would tell you the many horror stories of these toadying good for nothing balls carriers when they come to Sabah and Sarawak.
Read more »
Posted by Sebanaku Sarawak at 12:14:00 AM 2 comments:

Email ThisBlogThis!Share to TwitterShare to FacebookShare to Pinterest
Labels: Umno

The Untouchables at Khazanah, TM and Axiata-Part 1


The Untouchables at Khazanah, TM and Axiata-Part 1

The version of the story does NOT match the internal notes we have. Are we going to see similar statements coming from Khazanah, TM and Axiata?

Why can't UMNO wait till it win back Selangor ...

The appointment of Datuk Mohd Khusrin Munawi as the new Selangor State Secretary by the Chief Secretary to the Government Tan Sri Mohd Sidek Hassan on behalf of the Public Service Commission, without consultation with the Selangor Mentri Besar Tan Sri Abdul Khalid Ibrahim, violates both the spirit and letter of the Selangor Constitution.
It has been argued that there is no mention in the state constitution that the Mentri Besar must first be informed of the appointment nor that his consent was needed.
Read more »
Posted by Sebanaku Sarawak at 9:58:00 PM No comments:

Poll results: PR will win and form the State Government if the election is held today

If the state election is held today, who will win and form the State Government?

Email ThisBlogThis!Share to TwitterShare to FacebookShare to Pinterest
Labels: POLL 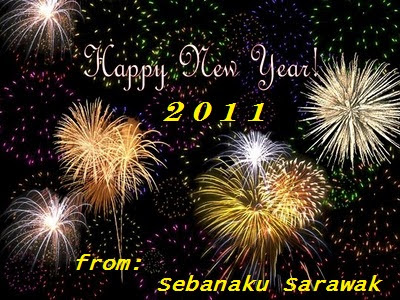