DAP proves itself to be a Nepotism and Racist Party 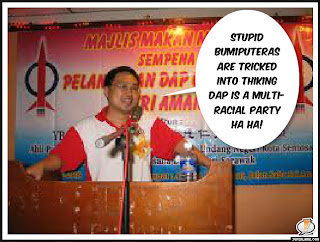 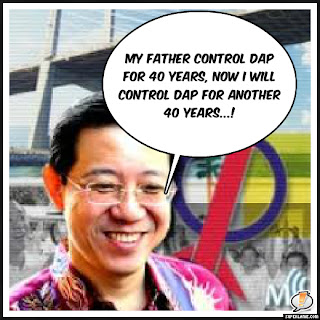 No bumiputeras were allowed any seat on DAP's governing central executive committee.  DAP's undemocratic and dictatorial system also makes the most powerful post of Secretary General is elected by a mere 20 people.  UMNO allows 2,000 delegates to choose the party president.  Mathematically UMNO is 1,000% more democratic than DAP.

DAP's name of 'Democratic Action Party' is hypocritical as it is not democratic.  DAP's propaganda of pretending to champion all races is also hypocritical as it doesn't allow any bumiputeras in its central executive committee.
Posted by Sebanaku Sarawak at 3:48:00 PM 6 comments: 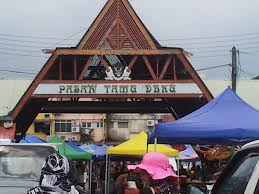 SWP grows in support base and strength 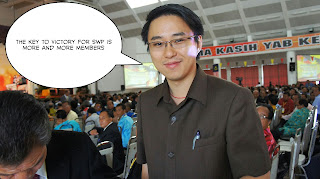 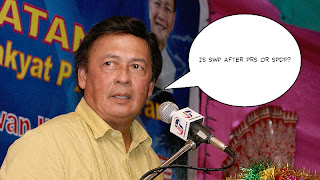 ON OUR OWN ACCORD: Patimah and husband admit that they were not pinched to jump ship.
SARIKEI: SPDP Pakan Division Wanita chief Patimah Bllaka yesterday confessed that the press statement she issued a day earlier over her association with Sarawak Workers Party (SWP) was misleading.
She made the confession in front of SWP vice-president Wong Judat at her longhouse in Pakan near here yesterday.
In her confession, she admitted that she and her husband Langgut Gangan had knowingly associated themselves with SWP although they were still members of SPDP.
This ran contrary to her press statement published in thesundaypost where she claimed that they had never made any application to join SWP and were puzzled by the SWP membership cards issued to them.
Yesterday, she admitted that they had  applied for the Larry Sng Education  Fund for  their son   to pursue a Bachelor of Architect Course at Universiti Putera Malaysia on their own accord.
“We clearly understood that one of the criteria to be eligible to apply for the fund, which is clearly stated in the application forms, is that the applicant’s parents must be members of SWP and either one or both must be voters in  Julau, Kanowit, Lubok Antu, Selangau, Sri Aman  or  Hulu Rajang parliamentary constituencies,” she added.
She also admitted that her husband and she had personally collected the SWP membership cards from the party’s office here.
While expressing regret for coming up with a statement which offended SWP, she hoped that her confession had cleared the air.

by Lim How Pim, reporters@theborneopost.com. Posted on December 10, 2012, Monday

Josephine Randan Mawat
KUCHING: Sarawak Workers Party (SWP) has dismissed recent accusations that they were ‘pinching members from SPDP’.
Its senior vice-president Josephine Randan Mawat said although SWP’s door was wide open for any individual who wanted to join the party, it would not stoop to collect unwilling souls.
“It is true that we are recruiting more members, especially in the six parliamentary constituencies we want to contest in, but pinching is not a suitable word.
“We are opening the door to anyone who is willing to serve SWP, and membership cards will be issued only based on membership applications received,” she said.
She made these remarks in response to a news report published yesterday which quoted Wanita SPDP Pakan chief Patimah Bllaka as saying that she, her husband and son were each issued with a membership card by SWP.
However, Patimah owned up yesterday when she confessed in front of SWP vice president Wong Judat at her longhouse in Pakan that her family had knowingly associated themselves with SWP although they were still members of SPDP.
Josephine told reporters at SWP headquarters here they would not issue membership card without an application in black and white.
“We have to make it very clear that applicants have to fill out our membership form before being issued a membership card.”
She, however, admitted that the party did not screen the background of its membership applicants, adding: “We do not ask them whether they are members of any other political party.”
“It is not our duty to ask, they (applicants) should know it themselves. So we do not check, and I believe other political parties do the same.”
Josephine revealed that SWP had recruited some 20,000 members from throughout the state to date.
“The new members are mostly from the six parliamentary seats.”
The six parliamentary constituencies which SWP are interested to contest in during the impending general election are Sri Aman, Lubok Antu, Julau, Kanowit, Selangau and Hulu Rajang. 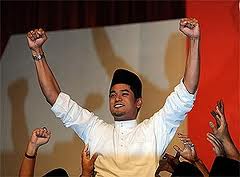 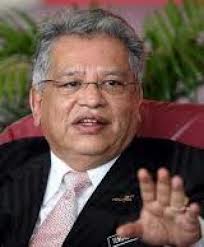 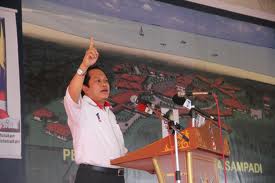 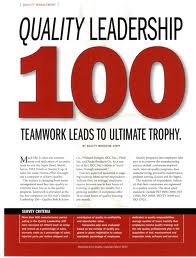 Sarawak Politics have been through a flux since the 2011 state elections until now.  The 2011 state elections gave a clear mandate to BN Sarawak to govern Sarawak.  It has especially given PBB the mandate to rule Sarawak by returning 100% of its candidates.  During the evening of the state election return coming through the media, UMNO Youth head Khairy Jamaluddin was disingenous at best but more than likely malicious when he tweeted, "Putrajaya we have a problem".  Being the very heavily anglo-american influenced person that he is he was making comparison between the election result in Sarawak to the Apollo 13 when it radioed Houston Control that it was facing technical difficulties.  He was also audio recorded to have said in a Betong speaking engagement that YAB Pehin Sri Taib Mahmud will leave office by hook or crook.

BN suffered a huge and shocking loss of seats in the 2008 parliamentary and peninsular state elections (Sabah also had state election but BN Sabah won a resounding victory).  Not only was that election led by Khairy Jamaluddin father in law Tun Abdullah Badawi (the then Prime Minister) but it was well known that Khairy changed 20% of the UMNO candidates at the last minute to place 'his' candidates instead of the more established candidates.  The result was UMNO lost states like Perak and Selangor which has never been lost since the inception of UMNO.  So if Khairy Jamaluddin can refer to PBB President YAB Pehin Sri Taib Mahmud winning 100% of seats contested as "a problem" then his father in law performance (although masterminded by Khairy Jamaluddin) in 2008 was a complete catastrophe.  Perhaps if and when UMNO win 100% of the seats it contest then perhaps Khairy Jamaluddin can comment and meddle(he has been coordinating with certain PBB leaders to destroy PBB and bring UMNO to Sarawak) in Sarawak.

UMNO Secretary General Tengku Adnan Mansor has been having a 'keen interest' in Sarawak for the past few years.  Unfortunately the 'keen interest' is not so much to help BN Sarawak but more to get business contracts and meddle in Sarawak affairs.  Being BN National Secretary General he has taken it upon himself to make life difficult for BN component parties in Sarawak.  He famously shrugged off all Sarawak state leaders efforts at the Sibu by election of 2010 by famously saying to a few senior BN leaders in the campaign room of RH Hotel, "you all don't know anything (this coming from a west malaysian speaking to senior born and bred Sarawakian leaders), I will win this".  The result was BN lost the seat to DAP (it was a BN seat before the by election).

This is just two of the more pleasant experience that Sarawak has had with certain UMNO personalities.  Unfortunately there are many more 'less than pleasant' experiences that is best not to resuscitate. There are sincere and hard working UMNO leaders like Deputy Minister YB Datuk Haji Ahmad Bin Haji Mazlan who really helps Sarawak and BN as a whole.  We in Sarawak need more people like this.

Sarawak has been blessed with a long period of political stability.  The quality of its leadership has been proven by the test of time.  Thank God Sarawak stands calm in the sea of less than stable national politics.

At the end of the day rhetoric, loud speeches and even incumbency may not win elections.  Its quality leadership.