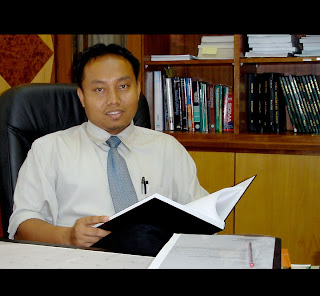 by Sebanaku Sarawak
KUCHING: A University Darul Iman lecturer cum  blogger Mohammad Hailmi Sajili  has been enlisted as one of the two potential candidates to replace the Semop assemblyman Dato Sri Mohd Asfia Awang Nassar should the Parti Pesaka Bumiputera Bersatu (PBB) top leadership finally decides to drop the incumbent in the coming state election.
His name appears in one of the two lists of candidates that came out from the Chief Minister’s Office recently.
Mohammad Hailmi Sajili, however, will not surprise at all with this inclusion as he was  approached early this year on the possibility of him to stand in the constituency.
Apparently the bad publicity which Dato Sri Mohd Asfia Awang Nassar had received for the alienation of the state land to a Chinese company in his area has helped to make the final push in putting Mohammad Hailmi Sajili's name into the list. 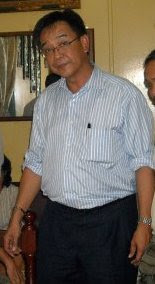 However, the lists are actually recommendations made for the attention of Pehin Sri Abdul Taib Mahmud.
It is normal for Pehin Sri Abdul Taib Mahmud to receive lists of recommended candidates from trusted sources before an election.
He would look through the recommended lists and would come up with his own list, which is considered as the final one.
However, in respect of Dato Sri Mohd Asfia Awang Nassar, if he cares to ask around, he should know that his days are numbered.
It seems that he is going to be among the 20 percent of those who are to be dropped in the coming state election - unless he can find ways to make himself indispensable to PBB.
Also read:
* Kampung Bruit bawa kes ke mahkamah rakyat
* NEWS FLASH - Norliah as Temenggong
* Asfia and his grandiose plan (Part 2 of 2)
* Voters in Semop constituency vow not to vote for Asfia in next election
* Asfia dan Norah Membuat 'DAMAGE CONTROL' Untuk Atasi Kekecohan Kes Tanah di Pulau Bruit
* Asfia, Naroden kecewa kerana 'Tan Sri' dan 'Datuk'
* NEWS FLASH - Kampung Bruit residents refute claims by the Mukah Land and Survey Department
* PRESS STATEMENT by Mukah divisional Land and Survey Department on the Bruit issue
* Asfia, Norah and Kampung Bruits residents
* NEWS FLASH - Pulau Bruit folks are determine to go after Asfia's head
* Asfia and his grandiose plan (Part 1 of 2)
* 'KEMUNDURAN ABADI' MILIK PENDUDUK BRUIT JIKA "SI PONDAN" KEKAL
* Asfia - Tegas di Dewan, 'pondan' di kawasan
* AN OPEN LETTER TO THE BARISAN NASIONAL CHAIRMAN