UBF - We, Stupid Sarawakians, Are Being Shortchanged By The Malayans Again !!! 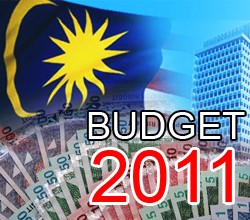 "Is this (justifiable)... when it is Sabah and Sarawak which have contributed the most to the federal government's coffers?

"And ironically, they are in need of funding to raise the standard of living of their people," he said.

Pua said the government has been “heavily dependent” on income contributed by the oil and gas sector, especially from Petronas which finances it in the form of income taxes, dividends, export duties as well as royalty payments.

These contributions formed an average of 40%, or more than RM60 billion annually of the government's total income over the past several years, he said.

Sabah and Sarawak contributed 44.5% in terms of crude oil as well as 64.1% of natural gas production.

However, this was not reflected in the Ninth Malaysia Plan Mid-Term review, where Sabah and Sarawak remain among the poorest in the country.

"Based on the 2009 data from the Ministry of Rural and Regional Development, 41% of both the states are without rural water supply, while it is only 10% in the peninsula.

"There's a bigger gap in rural electricity coverage, with 23% in Sabah and 33% in Sarawak but only 0.5% in Peninsular Malaysia," he said.

Sabah and Sarawak are also left behind in terms of infrastructure development, said Pua, although they constituted more than 60% of the land mass in the country.

They have only 6,390km of paved roads while the peninsula has more than three times the length at 21,589km.

* Are The PKR Malayans At It Again?