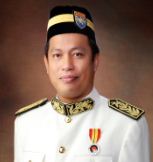 DR Abdul Rahman Ismaili (BN-Bukit Kota) told the august house yesterday, that Limbang Hospital is in dire need of specialist doctors in gynaecology and obstetrics, surgeon, physician and pediatrician.
He said that in the previous DUN sittings, the government had agreed to place the specialist doctors at the hospital and he hoped this could be implemented soon.
“With the specialist doctors in place, the hospital can accept referred patients from Lawas Hospital and at the same time, could assist Miri Hospital. This also helps to reduce the burden of bearing the cost of treatment for patients,” he said in responding to the State 2011 budget which was tabled by Chief Minister Pehin Sri Abdul Taib Mahmud last Monday.
He stressed that it would also help overcome the congestion problem at the outpatient department of the hospital.

Therefore, he also urged the government to speed up constructions of Limbang Poliklinik and Klinik Desa Kampung Telahak for the convenience and benefits of the people in Limbang.

On the issues of villages’ extension and people’s housing scheme, he hoped that the two villages expansion schemes which had been proposed and approved in the 8th Malaysian Plan could be re-established again.

“The extension would help overcome the congestion in the villagers,” he said.
Posted by Sebanaku Sarawak at 4:02:00 AM