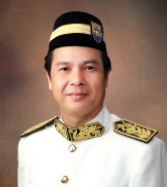 THE Medical Department has been told to urgently look into the construction of the long overdue Siburan health clinic.
Dr Jerip Susil (BN-Bengoh) said the land had been acquired within Siburan area and the implementation was due in the 9th Malaysian Plan (9MP).
According to him, the present clinic was overcrowded with inadequate facilities.
“There was a plan to upgrade the clinic into a health centre, with doctors and a family physician, so I urge the Medical Department to urgently take up the matter,” he told the august house when debating the 2010 State Budget. Dr Jerip said Siburan was fast developing, with a number of housing estates and the population had tripled.

With this three-fold population growth, most basic amenities were over-stretched, he added.

He cited the low water pressure in Siburan where he received constant complaints and the overcrowded Siburan secondary school. Dr Jerip also called for the tar sealing of the 2.5 km gravel Bengoh- Danu Road.

He explained that Kampung Danu was the site of Padawan River Safari that had attracted participants from all over, adding that the upgrading of the road would further add to the tourism potential of the riverine sport.
Posted by Sebanaku Sarawak at 4:01:00 AM