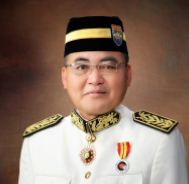 A GOVERNMENT backbencher has called on the authorities to dispatch a specialist to the hospital in Daro, which serves the people in Daro as well as Jemoreng.


Abu Seman Jahwie (BN-Jemoreng), in making the call yesterday, said some critical cases had to be referred to the nearest hospital, which was in Sibu, adding that the distance had caused great inconvenience let alone loss of lives.
“Some patients need further treatment due to critical conditions, and this is not offered at the hospital in Daro. Thus, they have to be sent all the way to Sibu Hospital.
“Some of them die on the way to the hospital in Sibu due to the long journey,” he said when debating the Supply (2011) Bill 2010. Abu Seman also said several longhouses, including Rumah Lebong, Rumah Diana, Rumah Moris and Rumah Bangkit in his constituency, were still without electricity supply.

He added that residents in Kampung Ilias and Kampung Kebuaw in Igan sub-district had no access to electricity, either. On another matter, he said many rural folk were wondering whether they could still claim the fuel rebate announced by the federal government.

“In general, many of them have doubts about this. Are they still entitled to claim the rebate for petrol?”

The assemblyman also pointed out that Matu district was in need of a fire station or rescue teams. He said the incident on Oct 22, where two houses in Kampung Sekaan were destroyed in a fire should speak of the need to have a fire station in the area.
Posted by Sebanaku Sarawak at 4:03:00 AM