KUCHING: Perkasa state chief Abang Nasser Abang Hadari is now trying to woo the Dayaks by showing his concern on a 18 year old Iban lass whose plight was highlighted in a local paper recently.

Before this he tried to make Perkasa appeal to the Bumiputera by criticizing the Batu Lintang assemblyman Voon Lee Shan’s statement that the Chinese are the native in the state.

He basically told the people’s representative to shut up – and if the Chinese wanted to be considered as a 'native', then just pick up any culture of the indigenous people and try to embrace it. 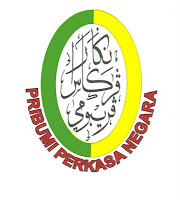 In the nut shell, he was telling the Chinese - if can’t be one of us, then just be a Chinese.

It was wrong for him to lambast Voon Lee Shan for the statement because the assemblyman just merely stating the fact of law.

And it is nothing wrong for the state assemblyman to pursue the matter because as far as he is concerned, no court in this country has repealed the decree and order made by the Rajah Brooke that made the non-indigenous people as the native.

If Abang Nasser Abang Haderi thought that he could win the heart of the indigenous people in the state by showing his support to the Iban lass, then he is wrong.

He should know that the Dayaks do agree with the label given to the movement by the non-indigenous people in Semenanjung – i.e. Perkasa is a Malay nationalist movement.

To the Dayaks, Perkasa is only interested to look after the Malays who are the majority race in the country.

Many Dayaks believe that Abang Nasser Abang Hadari has to change his tune here as the Malays are not the majority in the state.

If Perkasa is really concerned with the indigenous people in Sarawak, then its president Datuk Paduka Ibrahim Ali in Semenanjung should not be quiet on many issues here.

He should have shouted loud and clear from Semenanjung for all to hear here.

As it is now, Datuk Paduka Ibrahim Ali is only interested with the Malay affairs in Semenanjung and has no interest at all on the indigenous people in Sabah and Sarawak.

If Perkasa is also fighting for the rights of the Dayaks, then prove it.
But for a start, disclose the identity of the committee members of the movement in Sarawak.

The Dayaks are keen to know who are their brethren in the committee.

How is possible for Perkasa to say that the movement is fighting for the rights of the Dayaks when all in the committee are the Malays!!!

Or Abang Nasser Abang Hadari is the sole member of the state chapter committee because the other Malays regard the movement as not relevant to them.

It is 'orang malaya' movement and it has nothing to do with the Sarawak Malays.
Posted by Sebanaku Sarawak at 12:15:00 AM