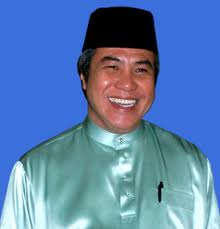 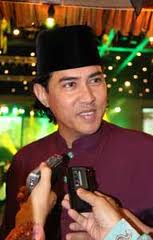 The chorus of support for Dato Sri Abu Bekir grows ever stronger with PBB Senior Vice President Yang Berhormat Dato Amar Awang Tengah Ali Hasan the latest to support him.  Now it is almost inevitable that Dato Sri Abu Bekir will be the BN candidate for Samarahan parliamentary constituency soon.  Being the son of the Chief Minister Dato Sri Abu Bekir would need no less than the post of PBB Youth Chief as his party platform.


Awg Tengah: Abu Bekir may be among new faces fielded

Datuk Amar Awang Tengah Ali Hassan
KUCHING: Dato Sri Mahmud Abu Bekir Taib may be one of new faces to be fielded by PBB in the next general election.
PBB senior vice-president Datuk Amar Awang Tengah Ali Hassan said that beside Abu Bekir, the party was also “analysing the performance of our current MPs”.
Tengah said, “I am very happy for him and I hope he is serious”.
“I am happy for those young people who have enough experience and knowledge and what more to say a person such as Dato Sri Mahmud Abu Bekir Taib who comes from a well-known political family,” Awang Tengah told the media at his Hari Raya open house here on Wednesday.
On a related issue, Awang Tengah, who is also Second Minister of Planning and Resource Management said that in each election, PBB would continue to rejuvenate the party to remain relevant by fielding only winnable candidates.
PBB, as the backbone of the state BN, is allocated with 14 parliamentary seats, while SUPP is allocated seven, PRS (six) and SPDP (four).
“In every election, PBB has new faces to include the young and professionals. This is one way to inculcate the leadership skills and to ensure continuity in the party,” he said.
When asked how many new faces PBB would field in the next general election, he said, “the time will come for us to decide”.
“However, we are actually analysing the performance of our current MPs and if need be, we will have new faces for the coming general election,” he added.
Posted by Sebanaku Sarawak at 11:59:00 PM