Prove your worth in coming polls, PKR tells PPP
Posted on August 2, 2011, Tuesday

KUCHING: Parti Keadilan Rakyat (PKR) Central Leadership Council (CLC) member Zulrusdi Mohd Hol has issued a challenge to People’s Progressive Party (PPP) to contest in the state in the next general election.
He said this would be a way to prove to Sarawakians that PPP vice-president Datuk Nik Sapeia Nik Yusoff was not talking rubbish when he said that PPP could whack peninsula-based opposition parties in the state.
Zulrusdi, who is also PKR Petra Jaya divisional chief, said Nik Sapeia’s statement held no ground at all when the party itself was rejected by the rakyat in Semenanjung.
“The support towards Pakatan Rakyat (PR) (in Sarawak) is increasing day by day,” he claimed.

The CLC member also suggested that PPP get seats from PBB if the party was serious in contesting in the state during the coming general election.
Asked why he particularly mentioned PBB and not other state BN component parties, Zulrusdi said it would be logical for PBB to give its seats to PPP as the party had the most parliamentary seats. Out of the 31 parliamentary seats in the state, PBB has 15.
Last Saturday, Nik Sapeia said PPP, by virtue of being a peninsula-based party, was in a better position to fight PKR, DAP and PAS which are also based in Semenanjung. 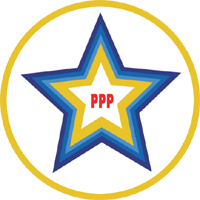 “PPP is the only party (in BN) that can outwit the peninsula-based opposition parties (in Sarawak). You (the state BN) cannot fight them, but PPP can.”
“‘Ayam sama ayam’ (chicken and chicken) can fight, but ‘itik sama ayam’ (duck and chicken) cannot,” he said, adding : “I know how to play the game against Anwar (Datuk Seri Anwar Ibrahim) because I was with him (during our Umno youth days) before. You don’t worry about that.”
﻿
Posted by Sebanaku Sarawak at 12:01:00 PM