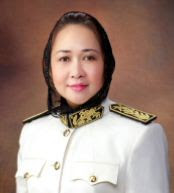 SHARIFAH Hasidah Sayeed Aman Ghazali (BN-Semariang) hoped all future government plans and programmes would not leave out grassroots opinions and voices.
She said this was necessary to reduce speculations and unnecessary conflicts in the implementation of all government projects.

“For example, the plan to build Rumah Mesra Rakyat or even a flood mitigation project especially in villages…the views of the people affected and living in the areas must be considered as they know their areas better,” she said when debating the 2011 State Budget yesterday.
She added that many grassroots people hold good jobs and some are professionals.

As such, their views should be viewed as valuable since they might have better ideas about building or implementing projects.

“This is crucial. The people are more knowledgeable and they want their views to be heard, considered, and absorbed.”

“Let us include the people in our plans to develop our state. This approach in certain circumstances will also ensure participation of the people in the development of the nation.”
Posted by Sebanaku Sarawak at 5:08:00 AM