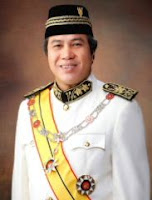 KUCHING -- Sarawak's export of timber products is expected to hit RM7 billion this year if the recovery in demand for wood products remains stable till end of the year, says Second Minister of Planning and Resource Management Datuk Amar Awang Tengah Ali Hasan.
He said the state's value of timber exports recorded an increase of 15.6 per cent with exports amounting to RM5.49 billion by the third quarter of this year compared with RM4.75 billion seen in the corresponding period of last year.
"During the period, the value of major wood products from Sarawak such as logs, plywood and sawn timber rose by 20 per cent from RM4.15 billion worth in 2009 to RM4.98 billion this year.
"This improved performance was contributed by a rise in demand from the main traditional markets like Japan, China, Taiwan, India, United States and Middle East," he said during the winding up speech for his ministry at the State Assembly meeting here Monday.

He said the government would continue to take proactive measures to handle issues related to compliance with trade regulations, export procedures and product standards in line with efforts to strengthen the international market for local timber products.
Meanwhile, Awang Tengah said the state government had set up forest plantations to reduce the dependency on produce from natural forests.
Todate, 45 licenses for forest plantations have been approved covering a 2.8 million-hectare area and of that, only one million hectares have been planted with fast growing species with production expected to amount to 15 million cubic metres a year.
The remaining area is for recovery purposes, covering sensitive, hilly and steep areas, he said.
"The government expects the production of timber from the forest plantations to start in the next few years.
"That is why the government is actively promoting direct investments from local and foreign companies in the industry of processing wood species from the forest to beef up the wood based industry in Sarawak," he said.
Among the industries that can be developed include the pulp and paper industry, furniture, fiber board and chipboard.
Awang Tengah said the initiative to develop the forest plantation was aimed at contributing to the state's economy.
He also said a major portion of Sarawak's timber produce in the future would come from these forest plantations.
Presently, the wood processing industry of Sarawak uses raw materials taken completely from natural forests, Awang Tengah said.
-- BERNAMA
Posted by Sebanaku Sarawak at 8:01:00 AM