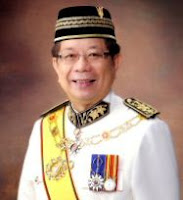 SARAWAK United Peoples’ Party (SUPP) wants the History syllabus to be reviewed to ensure it is all inclusive for all Malaysians.
Its president Datuk Patinggi Tan Sri Dr George Chan said the party agreed that the study of history in schools, particularly national history, ‘is a good tool for nation-building’ and hence must be accurate recording of historical events in the nation.

Dr Chan, who is Deputy Chief Minister, regretted that the Malaysian school curriculum for History had been perceived as not adequately reflecting the contributions of all communities in the nation.

He recapped the background of the formation of Malaysia in a media statement issued outside DUN yesterday while responding to a recent announcement that History be made a compulsory pass subject for Sijil Pelajaran Malaysia (SPM) 2013.
“The Federation of Malaya became officially independent of the British Empire in 1957 and Reid Commission drafted the Constitution of Malaya. In 1961, Tunku Abdul Rahman started talks to invite a merger with Singapore, North Borneo (later known as Sabah) and Sarawak (still British colonies then).

“Consequently, Cobbold Commission was formed and reported support for the new Federation, culminating with Sarawak, Sabah, Singapore and Malaya forming a new nation known as Malaysia in an agreement signed on July 9, 1963 in London.

He added that the Inter-Governmental Committee Recommendations were incorporated in the new Constitution of Malaysia.

The significance of Sarawak and Sabah as founding partners of Malaysia would bring tremendous impact in nation-building and national integration, he believed.

“SUPP is of the view that the special committee to review the curriculum should include historians, academia, legal and constitutional experts and social scientists as this kind of engagement will be a real progress in the spirit of 1Malaysia towards Vision 2020.

“As to History as a compulsory pass subject in SPM, SUPP feels a study should be done by educationists before its implementation,” Dr Chan said.

He added that SUPP’s initial findings of educational systems in developed countries showed that national history was normally taught at primary school level and international history at junior middle school.

“However, at senior middle school levels, students would have the choice to select subjects relevant to their choice of tertiary studies. Therefore, such a study should be done in line with our objective of human capital development towards a high-income nation.

“We do not want a policy which may cause further brain drain for Malaysia especially in the area of science and technology,” he said, adding that SUPP members of parliament would bring the matter up in the parliament and cabinet.
Posted by Sebanaku Sarawak at 5:05:00 AM