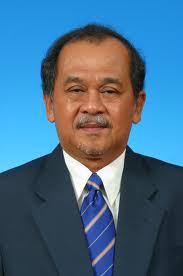 Will Mawan field his daughter?

Ucuk Tugau
| June 22, 2012
The Saratok parliamentary seat is one of the 'grey' areas and rumours are that SPDP may field its Puteri chief Barbara Mawan.

KUCHING: Is Sarawak Progressive Democratic Party (SPDP) president William Mawan grooming his daughter to eventually succeed him?
Speculations are rife that businesswoman Barbara Mawan will be fielded in the next parliamentary election. Barbara is SPDP Puteri chief.
Since last month, the talk on the grapevine is all about candidates likely to be dropped and possible successors.
Barbara is rumoured to be replacing Jelaing Mersat in Saratok. But also rumoured for this seat are Enturan Lupa, an engineer and Dr James Chela.
The Saratok seat is one of the “grey” areas for the Barisan Nasional.
In the 2008 general election, Mersat defeated his rival Mohd Yahaya Abdullah of PKR by a majority of 8,706 votes.
The Saratok constituency which comprises Krian and Kalaka seats has 25,173 voters. About 60% of the voters are Ibans.
Krian is under Ali Biju from PKR while the Kalaka assemblyman is Abdul Wahab Aziz of Pesaka Bumiputera Bersatu (PBB).
SPDP is facing a uphill battle in all four of its parliamentary seats – Mas Gading, Saratok, Baram and Bintulu.
Its chances of retaining its four seats have been further minimised since its former leaders who are simply known as “G5” are putting up their own candidates in the seats allocated to the party.
The “G5” comprises Mas Gading MP Tiki Lafe, and four state assemblymen – Peter Nansian (Tasik Biru), Sylvester Entri (Marudi), Paulus Gumbang (Batu Danau) and Rosey Yunus (Bekenu).
All the five were sacked from SPDP in November last year.
Although the “G5” elected representatives claim to be BN-friendly, their efforts are certain to split the BN support.
Barbara meanwhile has denied rumours of her contesting in Saratok.
Posted by Sebanaku Sarawak at 9:18:00 PM