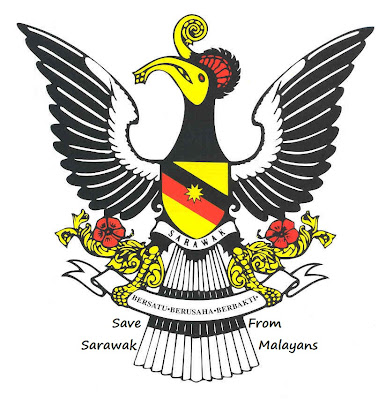 We are not asking more than what are being stipulated in the 18-Point of Agreement.
We are also not asking the  Malayans to kowtow to us.
“We are only asking what is rightfully ours.”
By Queville To

KOTA KINABALU: The long-overdue Borneonisation of public services in Sabah should not be read as anti-federal feelings, a member of Parliament from Sabah cautioned.

Explaining the numerous calls to speed up the take over of federal departments by locals, Chua said: “We are only asking what is rightfully ours.”
"It (Borneonisation of the public services) is a legitimate and long overdue issue that should not be buried among the other major issues such as illegal immigration, poverty, security and crimes."
Chua, who is also SAPP vice-president, said she would continue to monitor the progress of Borneonisation and demand that Sabah be given a fair and just participation in the federal administration with more Sabahans heading the departments and agencies.

“It's our prime concern and we will continue to monitor the situation so that our rights are fulfilled under the 20-point Agreement signed during the formation of Malaysia more than 47 years ago.

"Borneonisation of public services in Sabah should be fulfilled as quickly as possible as recommended in the Cobbold commission in 1962,” she said.

She was responding to a reply in Parliament by Minister in the Prime Minister's Department Mohd Nazri Aziz to her question on the exact number and names of Sabahans who head the 78 federal agencies in Sabah.

Nazri had listed out the 34 individuals heading federal agencies as: