Biggest ship ever to put to sea 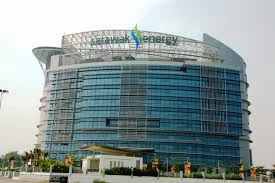 Piasau rep suggests RCI on power outages in the state

Borneo Post November 22, 2013, Friday
OPPOSITION member Alan Ling (DAP-Piasau) mulled over the need for setting up a Royal Commission of Inquiry (RCI) to probe the massive power outages that occurred in the state.
He opined the commission might be able to look into the issue and identify the real problems so that Sarawakians can enjoy a stable supply of electricity.
In Niah areas, he said, the power supply “is very unstable, causing grievances to consumers”, which Sarawak Energy Berhad (SEB) must explain.
“As we know, Batu Niah is well known as the place where the tourist destination Niah Caves is located. A stable supply of electricity is essential to maintain a decent standard of living for both residents and visitors,” he said when debating the Supply (2014) Bill, 2013 yesterday.
Citing the massive outage in June this year as an example, Ling said it was a rather unacceptable situation in Sarawak where more and more people had known it for its hydroelectric dams such as the Bakun Dam.
“The famous Bakun Dam covers a large area about the size of our neighbouring country Singapore. The minister in charge should tell us why massive blackouts occur and that sometimes shut down the whole state.
“Is it because of the electricity power grid problems in Bakun as alleged? And why is Bakun’s electricity supply still so unreliable? What about some compensation for consumers who suffered losses from the outage in June?”
Following the fast growing population in Permyjaya and Senadin, Ling called for a new fire and rescue (Bomba) station to be built to better serve the satellite townships.
He said the combined population had doubled to 200,000 compared to eight years ago.
“Besides, Permyjaya has much peat lands prone to fire breakouts in dry season that result in air pollution, causing haze to envelope Miri city every year.
“To fight peat fires, several officers from the city’s Bomba have to be temporarily stationed there to monitor the situation. Hence, it makes sense to build a proper building equipped with rescue facilities.”
He said Batu Niah was also in need of a new Bomba station, given that the current small volunteer unit of rescuers was insufficient to meet the needs.
It was reported the application to build a new Bomba station there had been approved in 2006, he said, wondering why the allocation was delayed for years.
“I was also informed the Batu Niah Bomba station would be built at Sepupok at a cost of RM12.5 million. But when will it be built? Has a tender been called for?”